Halcyon is the Solar System in which The Outer Worlds takes place. Halcyon is far away from Earth in the frontier of the colonized galaxy and is the target of development projects by massive corporate conglomerates.

Halcyon in The Outer Worlds

Halcyon is a Solar System comprised of two planets, several moons, and asteroids.

Several Space Stations are also found in this area, and are sponsored by some of the Factions or are simply private ships

Locations in The Outer Worlds refers to the many areas that players may explore within the game. In The Outer Worlds, players can expect to explore two Planets (that we know of), several space stations and asteroids within a distant Solar System. Areas open up as players complete Quests and unlock them with in-game actions. These locales will have limited level scaling, so adventurers should be careful not to venture forth into certain locations until they are ready for the challenge.

The Halcyon System is comprised of two main planets and several moons and asteroids. Players can also explore space stations.

The hub or base of operations of the Player Character and Companions. AI ADA is installed here. 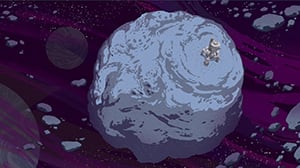 An asteroid filled with abandoned labs. It seems that the entire colony is abandoned. 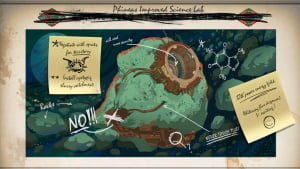 An abandoned asteroid facility located in the rings of Terra 2, repurposed into the experimental laboratory, living quarters, and hideout of Phineas Vernon Welles. 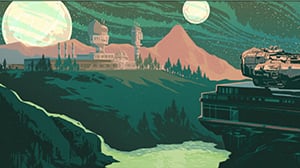 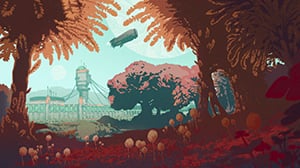 Roseweay Gardens is the overall wilderness surrounding Roseway in Terra-2. Players will come here to respond to a distress signal. 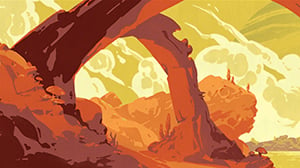 Monarch Wilderness is the overall region accessible for exploration in the planet Monarch. Players will first arrive at Stellar Bay or Cascadia, and can explore the planet from there. 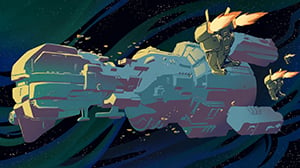 Independent orbital station in the remains of Halcyon's first colony ship. Captained by Junlei Tennyson and run by descendants of the original crew. 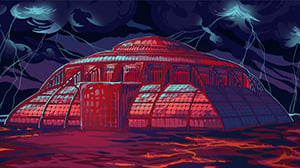 AG434: "Tartarus" - Named after its hellish atmosphere, Tartarus is where The Board maintains the maximum-security penal complex known as "The Labyrinth".

Hope is an abandoned colony ship. 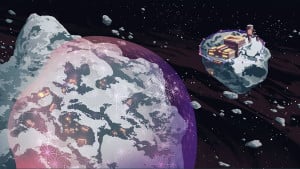 (Only available with Peril on Gorgon DLC)

A remote asteroid. Home to marauders, smugglers, and an abandoned Spacer's Choice facility.

AG534: "Hephaestus" - The closest planet to the sun. The Hephaestus Mining Company was first to establish outposts here, and as such it has claimed the planet for itself.

HRS-1084 is a satellite in the outer part of the Halcyon system. Players will visit the station to appropriate it for SubLight Salvage & Shipping.

One of several orbital relay stations used by Groundbreaker's communications to maintain line of sight with ships traveling the Halcyon System.

AG642: "Typhon" - An uninhabited icy planetoid at the edge of the Halcyon System. Typhon has nothing to offer the Halcyon Colony.