Ellie in The Outer Worlds is a Companion that can follow you around on your journey with Quests and objectives of their own. They also have their own Abilities and Skills, Perks, and Alignment. Decisions you make when they are with you may cause them to leave if they disapprove of it, or make comments positively or negatively depending on what you do.

Ellie in The Outer Worlds

Ellie is a no-nonsense medic first met aboard the Groundbreaker. You will find her around the medical bay, looking to find someone that she does not like but is indebted to. Talk to her to begin the Worst Contact quest and carry on through her recruitment.

Ellie will generally side with whatever is in her best interest, which makes her a good companion for a morally compromised player characters. She is judgement-free and not likely to want to relate her feelings, but she will give you her personal quest "The Low Crusade" after you have arrived at Byzantium.

How to Recruit Ellie

Ellie is a medic that can be recruited at the Groundbreaker as part of the quest Worst Contact.

Companions in The Outer Worlds add one quarter of their adjusted Skill values to yours (rounded down). Additionally, if you have 60 Skill Point into Inspiration this number will be doubled to half their adjusted skill value. If you bring two companions that share the same Skills you will gain boosts from both of them, allowing you to get some Skills very very high.

Good Ending - Complete her questline so she gets the inheritance and be positive toward her throughout.

Your influence shifted Ellie's perspective. She finally admitted - albeit grudgingly - that she just might need other people. Sometimes.
With a steady income from the life insurance payouts, she was finally able to afford a ship of her own. She hired a small crew and flew supply missions to communities on the fringe.

Some of them were even legal.

"Your influence further influenced Ellie's perspective. She understood she could never truly rely on others, so she set about making sure she wouldn't have to.
With a steady income from the life insurance payouts, she was finally able to afford a ship of her own. She enjoyed a long and infamous career, running missions across the system.

Some of them were even legal. 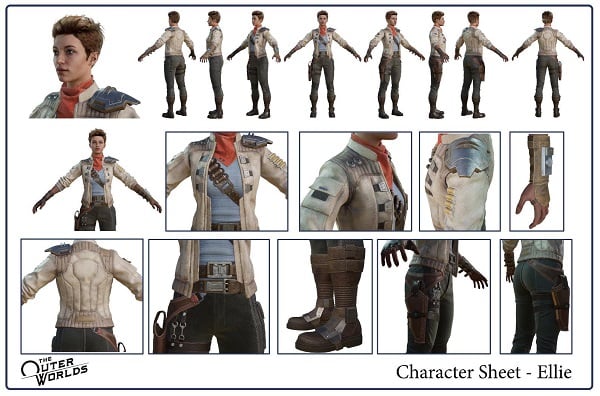